Womenadminnew2021-10-20T20:55:29+00:00
Women from across the world have an untapped potential as a primary mover of greater development within their country of origin. Their role is very crucial for increased development, but challenges remain. And so, significant reforms in economic, social, and political institutions must be made to create an enabling environment for women participation and empowerment. However, it appears that investments in human development are not readily translated to better economic and political outcomes for women. Unfortunately, women’s potential and crucial role in the development in their country of origin is still impeded by these economic and social factors. Women’s participation is also very important in advancing peace, unity and combating terrorism, which is a most serious threat to SD in their country of origin. It has also been recognized that women have been largely excluded from the processes of conflict management and prevention and that their role is important in the achievement of lasting peace and security (UN, 2015). In general, women’s participation helps in accelerating resolution and countering terrorism while ensuring that women’s rights are protected. For more information and details please contact Janet Snow (janet.snow@wasd.org.uk). 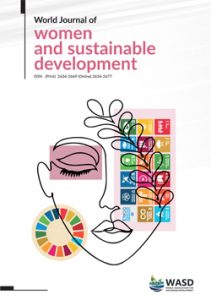 WJWSD aims to promote the top quality international research, ideas and information about the role of Women in achieving Sustainable Development (SD) across the world. WJWSD will focus on all what you need to know about Women leadership and empowerment particularly issues relating to Women in Developing countries (DCs). WJWSD aims to consider new perspectives about Women research and puts together, for the first time, original and cutting-edge contributions aimed at illuminating and charting new directions for researching, teaching and understanding of this extremely important subject. The journal publishes original papers, review papers, conceptual papers, technical reports, case studies, conference reports, management reports, book reviews, notes, commentaries, and news. WJWSD particularly encourages papers that significantly bring new knowledge to the area both for academics and practitioners. Special Issues devoted to important topics about Women will occasionally be published. WJWSD is intended to benefit ordinary people, students, academics, professionals, researchers, policymakers, businesses, etc from across the world with the best available scientific evidence, to enable better understanding of the different challenges facing Women across the world.

This five-day course has been designed to introduce a variety of perspectives on executive leadership and knowledge management (KM) in the public sector with special focus on Women Police Officers. The course aims to enable leaders and decision makers to introduce fit-for-purpose leadership styles and KM approaches to their organisations. At the end of the course attendees should be able to acquire a comprehensive knowledge and practical experience about KM and leadership styles and approaches in alignment with the local needs and capabilities. Moreover, after competition of the course, attendees to write a report, supported by the tutor, of what they have learnt and what is particularly relevant to their employers. A focus to be one aspect of the course which has implications for the way they will improve their professional practice when they return to their employers. This will help reassure the employers of the benefits of the programme and help consolidate the understanding of the manager. 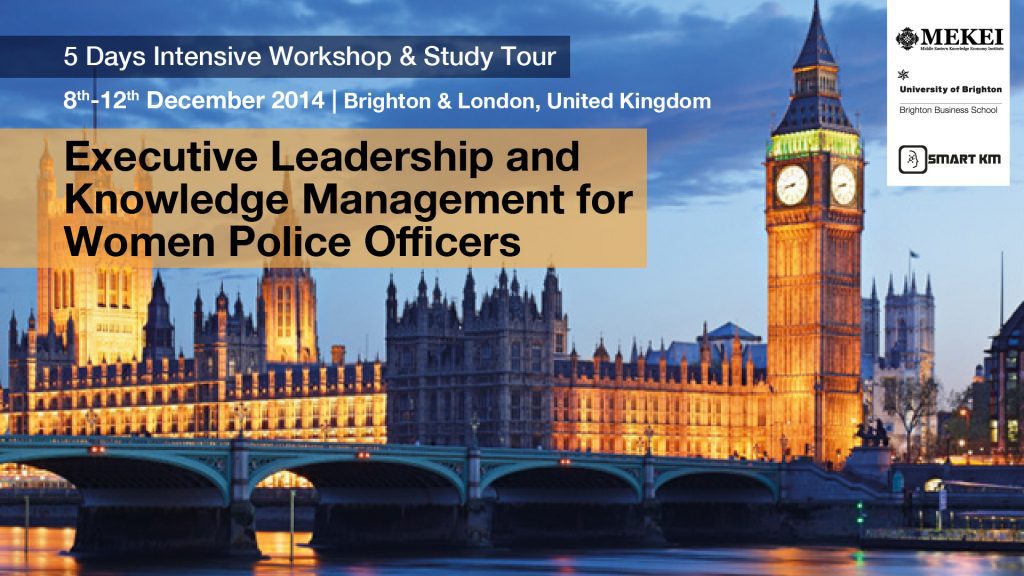